The Ground Below: My Favorite Albums of 2020

Editor's note: Check out my podcast discussion with Jay Breitling about our favorite music of the year on CompCon (here's parts 1 and 2).

Well, what more needs to be said about 2020? It seems every year when I do these wrap-up posts, I write about how the year sucked and hopefully the next one will be better. Uh, 2020 wasn't quite what anybody hoped for. Yep. Okay, on to the albums already. Here are my top 15. 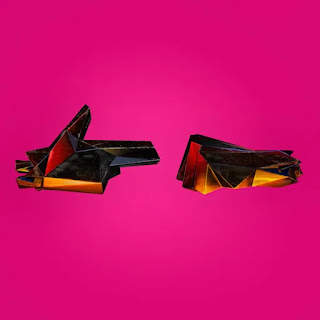 This was a surprise release for me because I had no idea who these guys were, but once I did a little research, I discovered they were led by Mike Wiebe, former frontman for the Riverboat Gamblers, a band I quite enjoyed in the mid-'00s. The band, which also features members of the Marked Men and Rise Against, is a self-described "concept band" wearing turtlenecks and medallions that began as an arty side project obsessed with new wave, power pop, proto punk and garage rock. What results is 30 minutes of punchy awesomeness that reminds one of an unholy combination of Devo, the Damned and the Dickies. Sign me up!

On its second full-length release, the Australian combo returned with more of the jangly guitar rock it had become known for, mostly upbeat but with some new uncertainty weaving between the sunniness. The band has three singer-guitarists who all meld together perfectly, creating a compelling sound that propels these songs beyond simple jangle pop.

Recommended: "Falling Thunder," "Cars in Space," "The Second of the First"

The dream of '90s guitar rock is alive and well. Nova Scotia's Kestrels delivers a terrific set of shoegazy bangers clearly influenced by My Bloody Valentine and Dinosaur Jr. Guitar god J. Mascis of Dino even contributes a hot solo on "Grey and Blue." Led by singer-guitarist Chad Peck, Kestrels packs the album with tons of fuzz and distortion, big catchy choruses, powerhouse drumming and lyrical guitar soloing. You know, the good stuff.

Recommended: "Vanishing Point," "Grey and Blue," "Everything is New"

A dark, roiling set of post-punk from a Dublin act that released an excellent debut only a year earlier, which made a splash here but was huge in the U.K. The band has expanded their sound from the previous album, adding in echoes of the Stooges, Interpol and Television. Frontman Grian Chatten explores the nihilistic struggles of maintaining independence in a corporate society. Fontaines D.C. is an excellent band that's only getting better.

IDLES has a formula: Righteous sloganeering + post-punk bombast = Kickass songs. It's worked twice before and it's on full display on the UK act's third album. Frontman Joe Talbot makes no bones about the band's liberal leanings and it's well-timed with the social justice protests that filled 2020. IDLES have caught some flack from critics who think they're privileged white men shouting empty platitudes, and Talbot has some fun with that on this record. Getting hit over the head with righteousness can be a little much at times, but the band overcomes that with sheer power and enthusiasm.

Dan Bejar returns with another sprawling, cinematic masterpiece. As the song notes, the vibe on the album is kinda dark, filled with existential dread, dead bodies and general mid-life dismay. Sonically, the record features more guitar than on recent Destroyer releases, but it's still more electronic than anything else.

Fourth release from the Toronto noise-rock power trio is a typically pummelling affair, but with some new flourishes. The band is locked in, echoing acts like the Jesus Lizard, Shellac and Fugazi in its precise sonic renderings. But there are new elements explored, like on the soaring "Hail Taxi" and the propulsive 7-minute closer "A Boat to Drown In," which veers into majestic shoegaze territory.

Catchy, punchy, vital release from one of my favorite artists of the last several years. Written before the pandemic, it captures the stuck-in-limbo angst of the last nine months of COVID life. Songs made to shout along with while you're stuck in your house waiting for life to return to normal.

Boston alt-rock stalwarts deliver a stunning release, combining feedback-drenched guitar work with tales of sad-bastard romantic woe. Frontman Cameron Keiber's vocals perfectly fit the mood with Brit-rock aplomb, echoing the likes of Jarvis Cocker as he navigates emotional highs and lows. The band is powerful and equally adept at mid-tempo laments as it is sweeping anthems. It sucks that they released this record right before everything shut down and weren't able to play it live.

Recommended: "Your Dead Boyfriend," "Another Boy With a Broken Heart," "Psychic Darts"

Sadie Dupuis has forged quite a body of work in the last several years, with Speedy Ortiz and more recently as Sad13. While Speedy definitely mined that '90s alt-rock vein, Dupuis has embraced her electronic pop side on Sad13 releases and especially on Haunted Painting. Incorporating a wide variety of nontraditional instrumentation including sitar, theremin and glockenspiel, Dupuis expands her sonic palette while still bringing the big choruses and occasional guitar flourishes. She explores death, aging and greed while keeping the sounds bouncy and synthy for the most part. A fun and deep album.

What the world needs now, among other things, is a Fugazi reunion. But since that's unlikely to ever happen, the new album from Coriky is a decent substitute. Featuring Ian MacKaye and Amy Farina teamed up with Fugazi bassist Joe Lally, Coriky sounds like the midway point between Fugazi and the Evens, the band with whom MacKaye and Farina previously released two albums. MacKaye's strident vocals are unmistakable as he rails against military drone use and our authoritarian government. But it's Farina's lead vocals on songs like "Say Yes" and "Too Many Husbands" that really shake things up and add a welcome perspective to Coriky's worldview. Musically, the band is tight and powerful. They're not Fugazi, but they don't have to be.

Since the Afghan Whigs first split up in the late '90s, Greg Dulli has been consistently producing great music, even if it wasn't always noticed. Whether as the Twilight Singers, the Gutter Twins, the reunited Whigs or solo, he's been an incisive and cinematic observer of relationships good, bad and ugly. And even though he's calling this his first true solo album, every album he's made has been driven by Dulli. Random Desire features his patented piano-driven sweeping rockers, but there's more of an R&B feel to songs like "Scorpio" and "Lockless," which even includes a little electronic vocal tweaking. But you always know this is a Dulli album, devilishly exploring the dark side of romance and sexuality. And that's never a bad thing.

Recommended: "Pantomima," "The Tide," "A Ghost"

Bob Mould has been kicking ass since the early '80s and judging by this latest album, he's not about to start slowing down. Much was made of lead single "American Crisis" because of its all-out rage at the state of affairs in this country, even though it was recorded before the racial and class turmoil that exploded this summer. Last year's Sunshine Rock was an uncharacteristically upbeat record, but Mould returns to the dark territory that much of his earlier work embraced. He's pissed out and he doesn't care who knows it. Backed once again by the ace rhythm section of Jason Narducy and Jon Wurster, Mould tears through a decidedly angry set of songs with the energy of a man 30 years younger. He draws on the anger of his younger self back in the '80s when AIDS was decimating his community, but focuses it now on different issues that are clearly devastating the country. And when Bob Mould speaks (or shouts), you'd better listen.

Ever since they emerged on the national indie rock scene with their second album Under Color of Official Right in 2014, Protomartyr has made top-notch post punk music. With their third album since then, the Detroit act presciently (it was recorded in 2019) calls out fascistic government actions, predicts riots in the streets and even describes a virus causing public panic. Frontman Joe Casey's vocal style evokes Mark E. Smith at times, but this ain't no Fall cover band. Protomartyr can play mid-tempo one moment and rip into thrashing high gear the next. Nandi Rose Plunkett provides guest vocals on "June 21," offering an interesting counterpoint to Casey's ragged stylings. They've never been a party band, and they dig deep into the existential mire on this one. Sure, it's apocalyptic and foreboding, but Ultimate Success Today is still extremely entertaining.

2020 has been a fucked up year, and Run the Jewels was prepared for it. The album was made last year, but it targets the same thing that had the country on fire this summer: Racial strife and the role of government/police in fomenting that unrest. Killer Mike and El-P have traversed this territory on their previous three albums, but RTJ4 amps it up to the next level here. "Yankee and the Brave" opens the album with a punch to the face through a fictional tale of the duo escaping from police, but it's on songs like "Walking in the Snow"(written about the death of Eric Garner at the hands of police but with clear parallels to the George Floyd killing this year) and "Goonies vs. ET" where they prove to be social critics of the highest order. There are some compelling guest appearances, including Pharrel and Zach de la Rocha on "Ju$t", 2 Chainz on "Out of Sight" and Mavis Staples and Josh Homme on the haunting "Pulling the Pin." And major props for the Gang of Four sample on "The Ground Below." But ultimately, RTJ4 comes down to Killer Mike and El-P, who just burn it all down on the most explosive album of the year. The fact that the album didn't get a single Grammy nomination illustrates how out of touch that organization is.

Recommended: "The Ground Below," "Yankee and the Brave," "Walking in the Snow"

It's that time of year when people resolve to get in shape. Some have already given up and have gone back to their slovenly ways. Whatev... 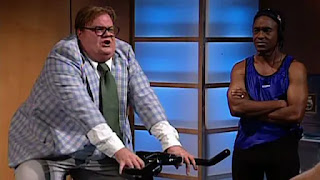